on the topic of tropes 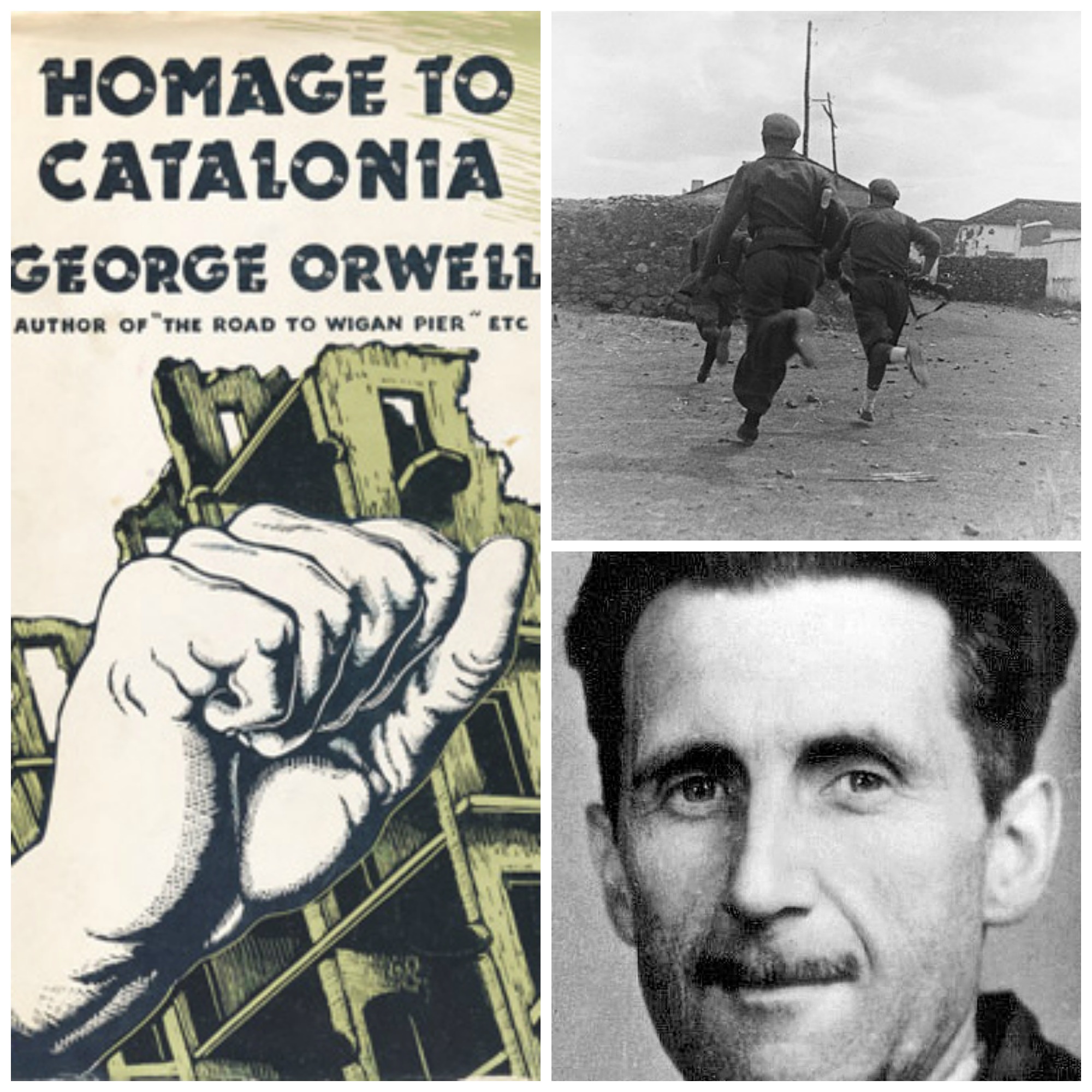 Back in 1946 George Orwell pointed out how spoken and written clichés function to supplant critical thinking. He cited numerous catchphrases that infect English and examined the connection between political orthodoxies and the debasement of language. These excerpts indicate his concerns -

"Political language — and with variations this is true of all political parties, from Conservatives to Anarchists — is designed to make lies sound truthful and murder respectable, and to give an appearance of solidity to pure wind. One cannot change this all in a moment, but one can at least change one's own habits, and from time to time one can even, if one jeers loudly enough, send some worn-out and useless phrase — some jackboot, Achilles’ heel, hotbed, melting pot, acid test, veritable inferno, or other lump of verbal refuse — into the dustbin where it belongs."

It's a wonderful essay, still relevant 75 years later, and can be found here - Politics and the English Language. You can see this distorted use of language any day of the week in the mainstream media - quite apart from the outright lies and deliberate misinformation. And it applies to all discourse not only politics, in all languages, as well other forms of communication. Especially photography.

The manipulation of language - and image - is expressed as stereotypes, cliches and tropes - common formulations and structures used to evoke knee-jerk responses rather than to express new ideas, provoke insights or explore possibilities. Examples are the heroic figure, the victim, conventions of beauty, innocence, serenity and so on. Just google any of these words and see which images are presented by the ubiquitous search engine.

Even prominent bodies like the World Press Photo Foundation, with their exhibitions and Photo of the Year, display a prevalence for a selected number of tropes. Conventions such as mourning women or a civilian facing soldiers remain solid and unaltered figurative rhetorical devices appealing to both judges and wider audiences. Many if not most storytelling ventures use tropes to make themselves recognisable and therefore “liked” - the photo that goes beyond the trope might then become unrecognisable to many people and so its story cannot be grasped.

The unconscious prevalence of tropes gives us homogenized and derivative images. The common alternative is to strive “to be different” i.e. seeking a unique status which usually serves only to portray mundane scenes as being more significant than they really are.

Yet it is quite possible for any image maker to go beyond the trope. First examine the trope that fits your subject matter, or which you might find yourself slipping into. Imagine a way to tweak it - can you edge away slightly, slide over it?

All tropes are socially accepted ways of seeing, having been constructed by those with power and influence over photography, or the discourse of imagery in general. Undermining the trope is therefore an act of resistance. Undermining the powerful and inventing the new, even in a very minor way, is actually revolutionary!

Illustration above - even the cover of Orwell's autobiographical and sem-anarchist Homage to Catalonia sufferes from the tropish clenched fist (suggesting revolutionary struggle) and the ruined building viewed from below (suggesting the destructive power of the fascist bombing). These themes are certainly contained within the text but ignore the author's social commitment, personal bravery and the inspirational spirit of the book. A more encompassing discussion, including the heritage of Barcelona itself, can be found in this blog